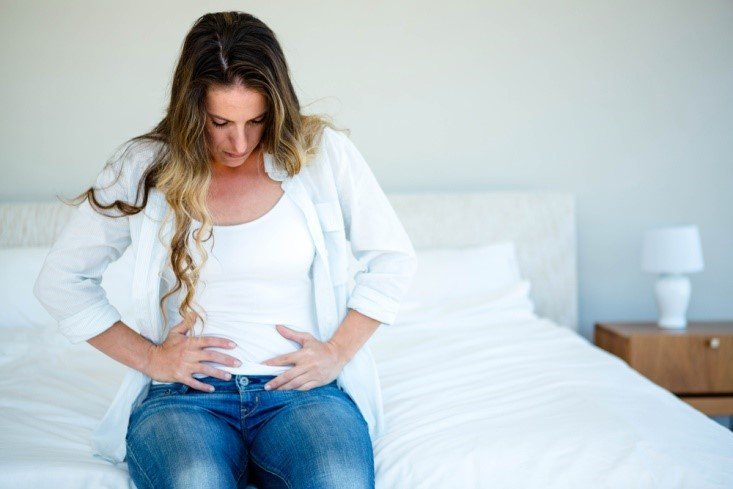 What exactly is Urogenital Atrophy?  A Personal Perspective by Lavinia Winch. Ambassador for YES Organic Vaginal Moisturisers and Lubricants.

As I approached my fiftieth birthday in 2002, I knew very little about the changes my body was going through. At that time there was virtually no information about what to expect from menopause. There was no media coverage, no education and no one talked about it openly. I’m not sure I even knew the word for it.  We have come a long way, especially in the last five years or so, with some inspiring campaigners and coaches including Diane Danzebrink with the #MakeMenopauseMatter campaign and Catherine O’Keeffe’s Wellness Warrior.  Charities such as The British Menopause Society and its patient arm Women’s Health Concern and now the newly formed Menopause Charity, also provide evidence-based information and support.  Within the medical profession, there are also some hugely influential specialists, Dr Louise Newson and consultant gynaecologists such as Nick Panay who have Women’s Health at the heart of their work, provide resources and treatment whilst keeping up to date with all the latest research.

I vaguely remember my mother on a USA trip when I was in my early twenties, complaining of feeling hot and dashing into air-conditioned shops in New York. She euphemistically mentioned ‘The Change’ in much the same hushed tones as she had talked about ‘The Curse’ but there was no further explanation. We didn’t have that sort of relationship and thinking about it now, I doubt she would have known about any of the symptoms other than the hot flushes she was experiencing.

In fact, I never did have hot flushes. I was a fairly confident person, but I definitely felt this confidence beginning to falter and experienced some periods of very poor sleep and depression around this time.  As a younger woman, I had suffered some severe bouts of cystitis and now I began to worry about some urinary symptoms that felt like mild cystitis but were accompanied by frequency and an ultra-sensitive bladder. Tests for a UTI were returned as normal and so I asked to be referred to a Urologist who suggested a cystoscopy. This was also confirmed as normal and with no further suggestion as to the cause of my symptoms, I was left to try and manage the symptoms by restricting intake of caffeine, alcohol, spicy and acidic foods such as tomatoes, rhubarb and even strawberries.

Many years before, after the birth of my first child, I experienced some vaginal discomfort during the year I was breastfeeding. Sex was painful and virtually impossible without using a lubricant and I didn’t know that low estrogen levels during breastfeeding might be the cause.  At that time, the only lubricant available was KY Jelly which led to many years of vulval and vaginal irritation as a result of the chemically-based formulation. (more of this later!)

The term ‘vaginal dryness’ had not even entered my vocabulary at that time, but now once again I felt some daily vaginal discomfort alongside the urinary symptoms. Putting two and two together, I sought out a gynaecologist with a sub speciality in Urology. These specialists are known as urogynaecologists and play a hugely important role in treating women with a wide range of conditions and pelvic disorders. These include stress and urge incontinence, over-active bladder and pelvic organ prolapse, alongside all gynaecological conditions. This is a fine example of joined-up thinking and holistic treatment of conditions which are often related.

Although the Urologist had not mentioned any connection to menopause, the urogynaecologist immediately explained that the symptoms of urinary discomfort are often due to estrogen depletion and very common in perimenopause and post-menopause. Recurrent UTIs (Urinary Tract Infections) are also more common post-menopause due to a rise in pH (more alkaline) as a result of a lowering of estrogen levels in the vagina, but often these milder symptoms are mis-diagnosed or misunderstood.

At this time, the medical term for vaginal dryness was vulvovaginal atrophy or atrophic vaginitis. This described the thinning, drying and inflammation of the vaginal tissue and the lack of elasticity. The newer term, genitourinary syndrome of menopause (GSM), was introduced by the International Society for the Study of Women’s Sexual Health and the North American Menopause Society (NAMS) in 2014. GSM is defined as “a collection of signs and symptoms associated with estrogen deficiency that can involve changes to the labia, introitus, vagina, clitoris, bladder and urethra.”

Genitourinary syndrome of menopause involves symptoms of vaginal dryness, burning, and itching as well as dyspareunia (painful sex), urinary urgency, and recurrent urinary tract infections. It is estimated that nearly 60% of women in menopause experience GSM but the majority of these women do not bring up this concern with their health care provider. Studies also show that only 7% of health care providers ask women about this condition. This may be due to embarrassment or thinking this is a normal part of aging, both by patients and health care providers. This condition is progressive and may affect many aspects of a woman’s physical, emotional, and sexual health. 1

The bladder, urethra, vagina and vulva all have estrogen receptors so they can be affected by the loss of estrogen2, so urogenital atrophy refers to the changes in the vagina, vulva, urethra and bladder.  At last I had a logical explanation with a diagnosis and because the symptoms had been left untreated and had become quite severe, topical estrogen was prescribed. I was also given transdermal estrogen in the form of a patch, to allow for a little additional estrogen in my system and progesterone to protect the lining of the womb.

Having worked in medical liaison for The YES YES Company for 12 years and attended over a hundred medical conferences, listening to the top specialists on the subject of menopause and specifically GSM, I now know so much more about all aspects of vaginal, vulval and bladder health and feel so much more empowered to work collaboratively with my health care professional. I appreciate that this is unusual, but there is information available now, the topic of menopause is less taboo, and so much more acceptable to discuss openly.

According to the section on Urogenital Atrophy in the 2015 NICE Guidelines for the treatment of menopause, vaginal moisturisers and lubricants are the first-line treatment for the symptoms. There is a difference between these two treatments. A vaginal moisturiser is for regular and long-term use, designed to re-hydrate vaginal tissue and can be used by all women for daily comfort whether they are sexually active or not. A lubricant is used to lubricate the tissue and ensure that sex is pleasurable and not painful. For many couples, using a lubricant is simply part of their enjoyment and may enhance any sexual experience, but for those with urogenital atrophy it can be essential.

There is evidence that both vaginal moisturisers and lubricants can help with the symptoms of urogenital atrophy not least because during intercourse, the last thing you need is friction to irritate the urethra. It’s just common sense once you think about it and understand the changes to the vaginal tissue. 3

It it is really important to choose your vaginal products very carefully (remember my story about KY Jelly causing irritation for many years?) Some products contain ingredients which can irritate the sensitive vaginal and vulval tissue. Ingredients to avoid are glycerine, glycols, mineral oil, perfume, and parabens. By choosing certified organic moisturisers or lubricants such as the YES range , you can be sure that you are not disrupting the delicate vaginal environment. YES products represent a radical breakthrough in moisturiser and lubricant technology, using natural plant-based polymers instead of traditional glycerine, mineral oil, propylene glycol or silicone-based formulations, all of which can be irritating to intimate issues. More information on the importance of formulation can be found in an excellent Review Article by Dr David Edwards and Nick Panay.

In my current work as YES Ambassador, I give talks to many different groups of women including those who have experienced natural, chemical or surgical menopause and I always mention the genitourinary symptoms that I experienced, as this is still an under reported and under treated condition of menopause. The feedback I receive often reflects a ‘light-bulb’ moment with a recognition of the symptoms, and a huge sense of relief knowing it can be easily treated.

Urogenital atrophy is a chronic condition and will need to be treated long-term with vaginal moisturisers or topical estrogen. Unfortunately when treatment is stopped, the symptoms will return. Nearly twenty years after my original diagnosis, I manage my symptoms with topical estrogen (Vagifem) and YES OB Plant-oil based for daily comfort and for intercourse. I still have to be careful about diet and limit my trigger foods and alcohol, but I feel empowered to seek help when I need it. I believe that many more women will now find relief from these symptoms, due to the excellent educational work that is being carried out on understanding the importance of vaginal, vulval and bladder health during and after menopause. My mantra is, Knowledge is Power!