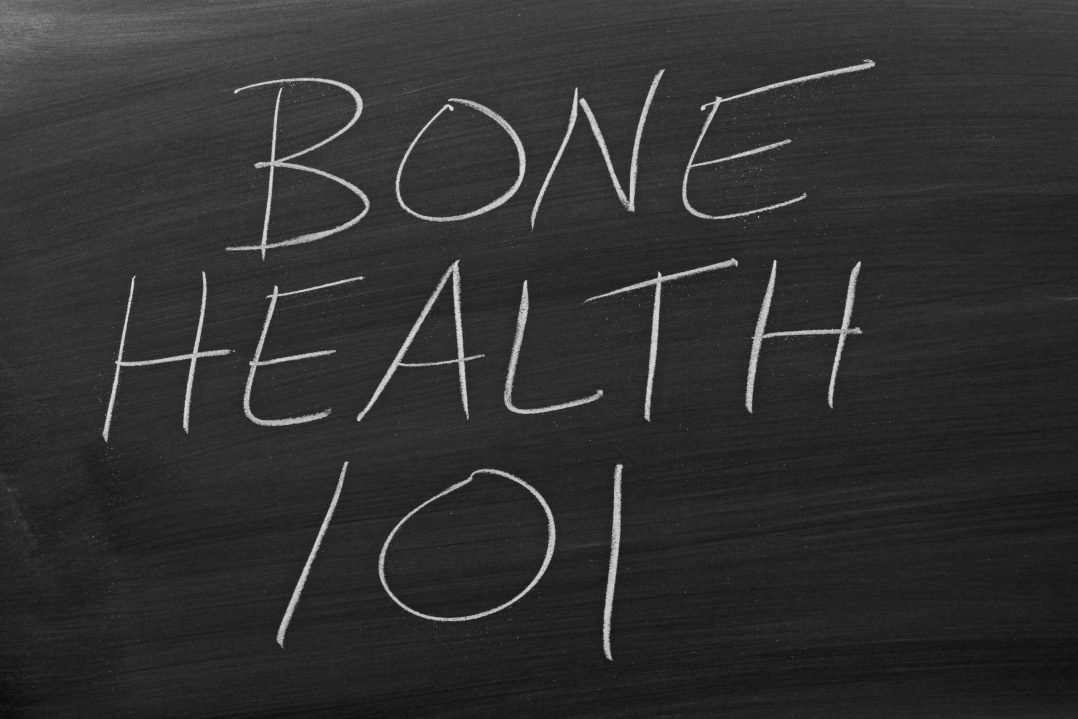 “Calcium” is synonymous with “bone health” in today’s world. While calcium is absolutely an essential mineral for optimal bone health, a lesser-known — but equally important — necessity are cofactors for bone health. Bone health cofactors are nutrients that work synergistically to direct calcium to where it is needed most in the body, and to aid in its absorption and utilization.

Calcium is actually the most abundant mineral in the body, with a whopping 99% of it stored in the bones and teeth, where it is critical in maintaining their structure and function. Only 1% of the body’s calcium supply is needed elsewhere — to support vascular contraction and vasodilation, muscle function, nerve transmission, intracellular signalling, and hormonal secretion.

Contrary to the popular belief that calcium comes solely from diet, the body gets most of the calcium it needs by recycling its existing calcium stores. It does this by releasing calcium from the bones into the bloodstream through a process called “bone remodelling”, where bone tissue is continuously broken down and rebuilt. While dietary calcium is necessary to supplement the body’s existing stores, most of us easily get the optimal amount of calcium from diet alone — through dairy products, fortified grains and cereals, and leafy green vegetables.

Here is where calcium gets a little tricky: High calcium intake has been associated with an increased risk for kidney stones and cardiovascular disease, along with other serious health conditions. This is because, when calcium is consumed — especially in excess — it begins to collect in the organs, arteries, brain, and joints. This is why bone health cofactors are critical not only to bone health, but to our overall health and wellbeing: they work together to direct calcium to where it needs to go in the body while preventing buildup in dangerous places.

Let’s take a look at the cofactors needed for optimal bone health:

Many bone health formulas contain magnesium, and that is due in part to magnesium’s influence on the synthesis and utilization of the active form of vitamin D, which aids the body in absorbing calcium and phosphate into the bones and teeth. (We will further explore the role of vitamin D below.) Magnesium also works to stimulate a hormone called calcitonin, which is needed to draw calcium out of the blood and soft tissues and put it back into the bones, thereby promoting healthy bone structure while simultaneously preventing calcium buildup in the organs and arteries.

Magnesium should be fairly easy to obtain from naturally-grown foods, but due to soil depletion in recent years, it has become much harder to get.  It has all but disappeared from our diets over the last few decades, as processed, fast foods have largely replaced diets closer to nature. Magnesium is mostly removed during food processing, which is often a contributing factor in magnesium deficiency.  Because it is needed for the body to absorb and utilize calcium, magnesium deficiency is linked to a wide range of illnesses, including cardiovascular and metabolic diseases, respiratory illness, neurological conditions (including stress, depression, and anxiety), and bone disorders.

As previously discussed, vitamin D relies on sufficient magnesium intake in order to be utilized, otherwise it is stored in the body’s fat cells until there is enough magnesium available to activate it. The activation of vitamin D is absolutely essential for bone health, and here’s why: without sufficient levels of vitamin D, the body cannot form enough of a hormone called calcitriol — a hormone critically necessary for the body to absorb dietary calcium.

While vitamin D3 is a cofactor needed for calcium absorption, there are additional cofactors that are both dependent on and necessary for vitamin D to function: Boron is needed for the absorption of vitamin D (we will explore this further in a moment), and vitamin D promotes the production of Vitamin K-dependent proteins — another cofactor critical for bone health.

Vitamin K is a big player in calcium absorption and utilization, as it activates a set of proteins involved in bone formation and mineralization, while simultaneously inhibiting soft tissue calcification. (As discussed above, vitamin D is needed to promote the production of these proteins.)

Both forms of Vitamin K — K1 and K2 — are essential in maintaining blood homeostasis and optimal bone and heart health, due to the role they play in calcium uptake. Vitamin K2 is especially essential for calcium absorption, making it an imperative cofactor for building strong bones and inhibiting calcium buildup in the arteries and organs.

It is important to note that vitamin K2 plays a critical role in preventing vitamin D toxicity, a condition that leads to a buildup of calcium in the blood known as hypercalcemia. Hypercalcemia may occur in cases of Vitamin D3 supplementation when not enough Vitamin K2 is consumed to prevent calcium from accumulating in the wrong places.

Boron is often overlooked when it comes to bone health, but it plays a key role in the absorption of both magnesium and vitamin D, thus increasing the multiple health benefits associated with both — including optimal bone health.

Studies suggest boron may have beneficial effects on an array of bodily functions, including calcium metabolism, bone formation, and the function of steroid hormones—including Vitamin D and estrogen, both key players in preventing bone deterioration. Boron also works to reduce the amount of calcium and magnesium the body loses through urinary output.

While calcium is vitally necessary for bone health, it is not a stand-alone solution in preventing bone deterioration, and it can, in fact, be harmful when consumed in excess. Bone health cofactors, such as magnesium, vitamin D3, vitamin K, and boron are critical for calcium absorption and utilization, resulting not only in healthier bones, but a healthier body.

Through our extensive research, we concluded a good share of the population obtains enough calcium through diet for optimal bone health, but many lack the nutrients necessary to direct dietary calcium to where it is most needed in the body. The negative impact of excessive calcium intake is what led us to create the first calcium-free bone health formula on the market — MAG365BF — containing only the cofactors necessary to absorb dietary calcium into the bones and teeth.

Mag365 are a sponsor of the Menopause Success Summit 2021.